If you or a family member have been arrested for a DUI, it is important to understand that two separate government agencies will be pursuing penalties against the accused. The first agency is the District Attorney's Office who will file criminal charges in court. The second agency is the California Department of Motor Vehicles. When you are arrested, you are supposed to be issued a temporary driver's license, which should state that your driving privileges are valid for the next 30 days. What it also says (in the fine print), is that you have the right to contest any license suspension at a hearing with the DMV, but in order to exercise this right, you must schedule the hearing within 10 days of the arrest. So time is of the essence with DUI defense. The DMV must be contacted at (916) 227-2970 within 10 days of the arrest.

Once the hearing is set, your driving privilege will remain valid through the outcome of the hearing. You or your DUI Lawyer also has the opportunity to request the police report from the DMV, many times obtaining it prior to the initial court date. Having the opportunity to analyze the police report before the initial court date can be a tremendous advantage in your defense. Normally, with the exception of accident cases, you will not have access to the police report until the initial court date. Setting the DMV hearing and requesting the police report is the first step in a strong defense. In addition to the above advantages discussed, the major advantage is that you have a chance to contest your license being suspended. A thorough understanding of the issues and rules of procedure are crucial to success at the DMV Hearings. These hearings can be won and Sacramento DUI Attorney Michael Rehm understands the best plans of attack to do just that.

The court date will generally be around 30 days from the date of the arrest.  In Sacramento County, if you are being charged with a misdemeanor, and you are out of custody, you will appear either in Department 3 or 4 of the Sacramento Court. If you are being charged with a Felony DUI, and you are out of custody, you will appear in Department 8 of the Sacramento Court.  For First Offense DUI cases, your Sacramento DUI Attorney can appear for you at the first court date, and potentially all court dates. For multiple offenders, your attorney can appear the arraignment for you, but your presence may be required at subsequent court dates. With the exception of Yolo County, the arraignment is the first opportunity to discuss the case with the District Attorney who is prosecuting your matter. In most DUI cases, there will be two separate charges filed against you. Vehicle Code 23152(a), driving under the influence of alcohol and/or drugs; and Vehicle Code 23152(b), driving with a Blood Alcohol Level of 0.08% or more. The first charge is simply drunk driving with or without proof of the blood alcohol level. On occasion, you see this charge even when the blood alcohol level is below a 0.08% if the District Attorney feels that they can prove the case with other facts, such as bad driving or poor performance on the field sobriety tests. The second charge strictly deals with the blood alcohol level. If the individual was a 0.08% or more at the actual time of driving, this charge applies.

There are several possible dispositions in DUI cases. A lot of negotiations can occur in Sacramento and surrounding counties in these types of cases. Examples include reducing the charge to a wet reckless, obtaining a helmandollar, the length of the DUI School, and many other issues that arise in DUI defense. Michael Rehm is experienced at negotiating and fighting these matters; exactly what you should be looking for when selecting counsel.

There also are a number of Defenses that are applicable in driving under the influence cases. These defense include “Rising Blood Alcohol,” Motions to suppress evidence (where the police pulled you over or arrested you illegally), and other defenses that deal with the blood and breath tests, and their admissibility into evidence. In order to obtain the dispositions above, knowledge of these defense is crucial, the prosecutor will not just dismiss a case, you have to fight, or at a minimum show you know how to.

It's important to understand that driving under the influence has become a very political issue. Mothers Against Drunk Driving is very active in monitoring the different courthouses and the dispositions of DUI cases. They are also very active in elections. That doesn't mean these cases cannot be successfully resolved or won outright, it just makes the ice we're walking on a little thinner. Sacramento DUI Lawyer Michael Rehm has been successfully negotiating and fighting DUI cases since 2006, the year he obtained his license to practice law in California and New York.

This website was built with the goal of providing the most information in regards to driving under the influence cases in the Sacramento region, including Sacramento County, Yolo County, Placer County, Colusa County, and El Dorado County. There is information on this website on the different plea bargains, defenses, and penalties in Sacramento County. There is extensive information on the DMV, and how that agency interacts with the Courts on DUI cases. For those who have already been convicted, and wish to have their criminal record expunged, there is a very thorough page dedicated to that information and procedure. Although Michael Rehm makes every effort to keep all of this information current, the laws and penalties can change, so be sure to consult Michael Rehm or another DUI attorney to make sure the information is still accurate at the time of your reading.

Michael Rehm offers free, confidential consultations at (916) 233-7346 or in his office on Riverside Boulevard in the Land Park area of Sacramento.

Michael Rehm is licensed in California and New York. Prior to becoming a licensed attorney, he interned at the Sacramento and Yolo County Public Defender's Office. He is a graduate of the University of the Pacific-McGeorge School of Law and received his undergraduate degree from the University of California-San Diego.  He was born and raised in Sacramento graduating from Christian Brothers High School.

[LAW FIRM NAME] Is Here for You 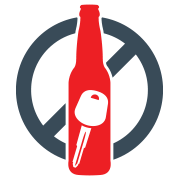